Most of my covers take a few weeks. This one took almost a year.

The title is “The Oppressor’s Toolkit” so I started with these: 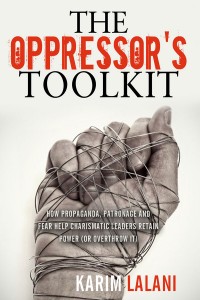 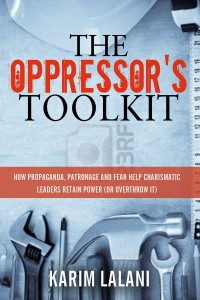 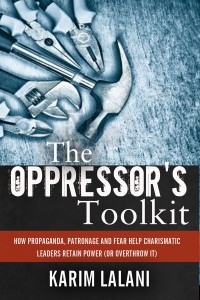 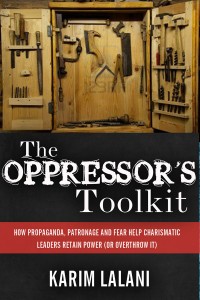 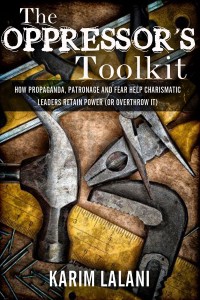 Karim wanted to focus more on a toolbox, so I made these: 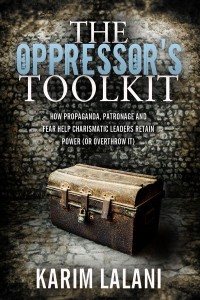 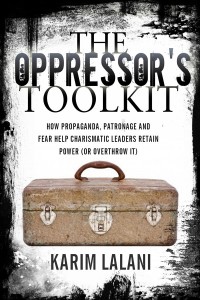 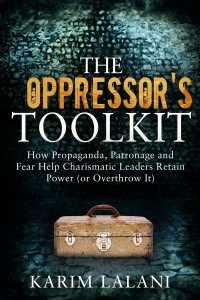 But he thought the toolboxes looked out of place and would be better on a road, maybe with blood, set against a background of ruins. 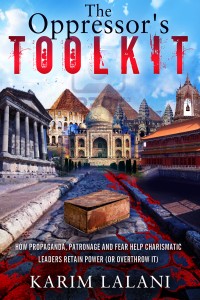 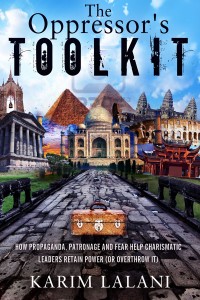 I really liked these, but he didn’t.

I made some more: 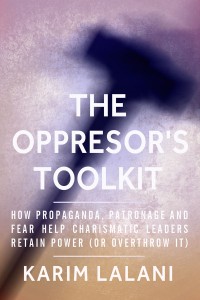 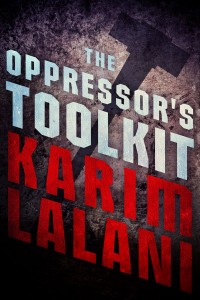 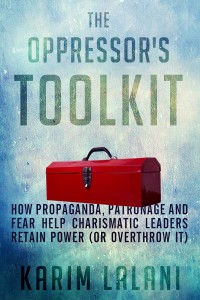 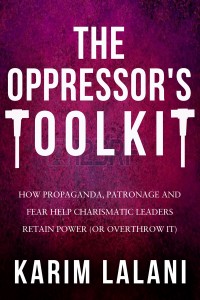 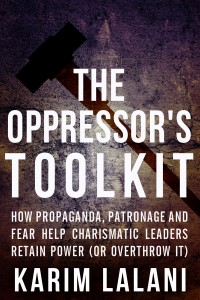 My favorite was the purple one with the T’s as hammers.

He liked the shadow hammer and wanted to focus on that: 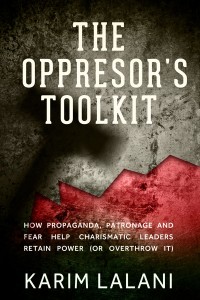 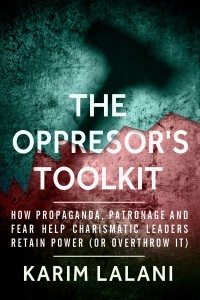 I thought those were pretty good. He wanted the shadow hammer to be coming from a microphone – more symbolic. 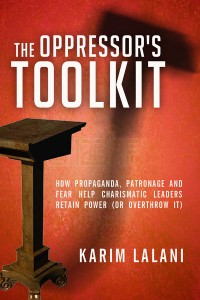 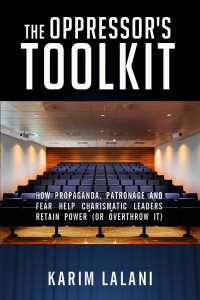 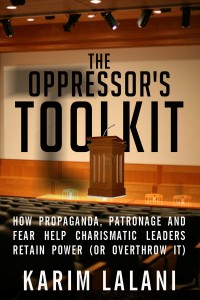 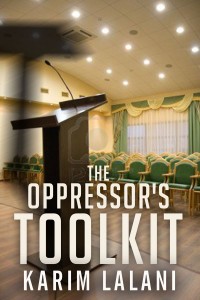 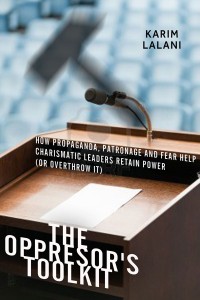 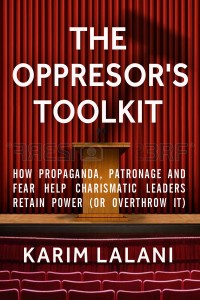 But neither of us really liked those either.

At this point we were stumped. I offered him a refund so he could try some other designers; we were also thinking about putting the project on 99designs.com to see what they came up with.

But then, freed from the responsibility of producing a cover based on Karim’s suggestions, looking back over the project with fresh eyes and a deeper understanding of what the author was looking for, I made these. 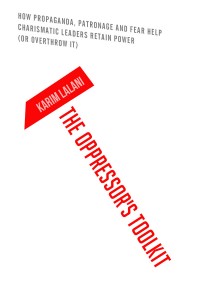 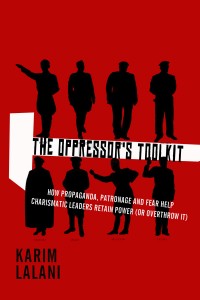 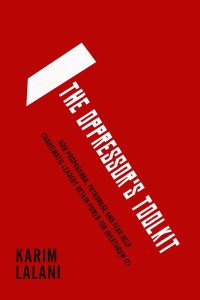 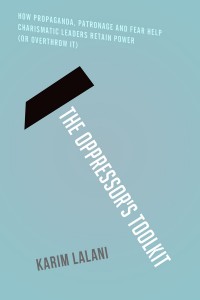 These are much nicer covers  than anything I’d come up with before, and Karim agreed (although he requested the silhouettes be specific historical figures). 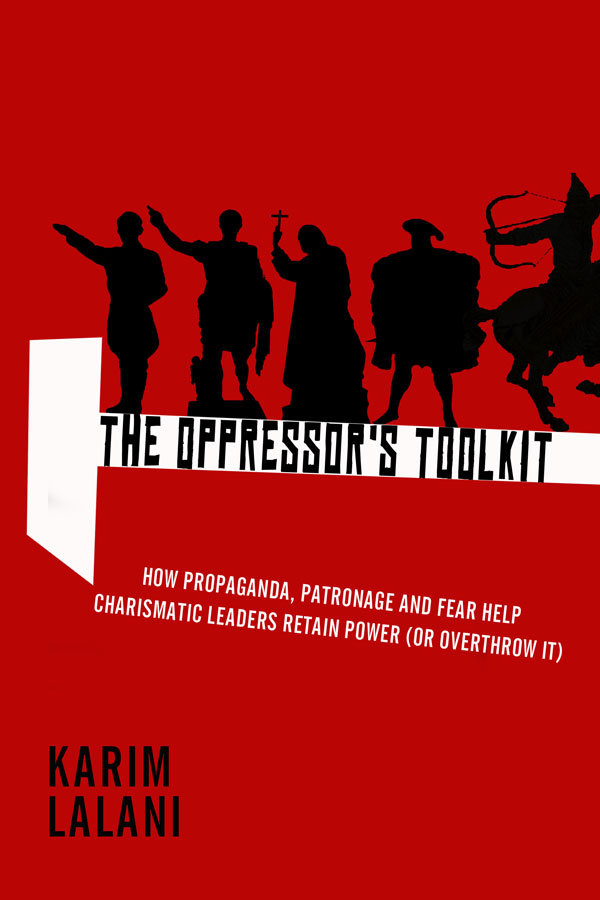 How to make an ugly book cover: a guide for the visually impaired