Ty Gray submitted this book cover for a review and critique. The memoir, “23 Days,” is a book with the theme of persistence, hope, and redemption. It’s about a police career. “How I transformed. The redemption of my resigning.” 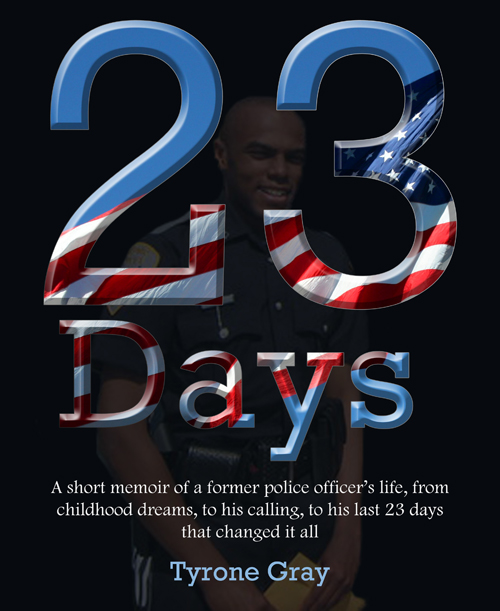 First impressions: Too bold and busy. The text is too blocky/square for my tastes. The USA flag-behind-text could work, but with the bevel AND the background image, I think it’s got too much going on. The darkened out picture makes my eyes hurt, trying to focus in on it behind the bright text. If I were doing it, I’d probably center on the uniform, probably closer, maybe just the middle with the head/lower arms cut off, then put the “23 Days” directly over his chest. Still pretty big. Maybe still with the flag (if so, I’d desaturate the background image, change it to black/white or very simple colors). I’d probably also make the red white and blue more dirty/faded, softer.

I don’t mind the subtitle – it’s nice to have a subtitle to let readers know what the book is about (although this one could be edited a bit).

One of the main changes I’d make is the Author Name – it should be a lot bigger. Doesn’t matter if you aren’t a famous writer – putting your name small signals lack of confidence. If you want people to read your book, you need to be bold and at least appear to be a very confident author – this can easily be done with a big fat Author name.

I contacted the author and got the background image. First I tried to recreate the original, but the plain guy/close up cop uniform was too boring for me, so I decided to use more of the picture. I think having this faded snapshot of a group of policemen is more interesting. I tried to get the 23-flag background to work but it doesn’t. The dark blue vs. white means it’s not going to look very good on either a light or black background. This can be fixed a little bit by a stroke, drop shadow or outer glow, but only so much. Ihis blue-green makes it pop out a bit more, but still not great. 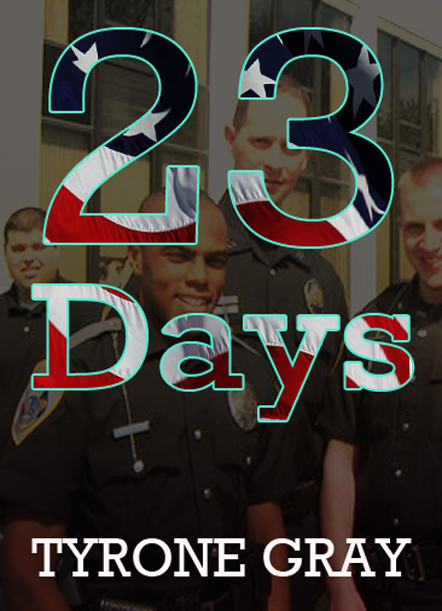 So I got rid of the flag, changed to another font (Mangal) for some bold white typography. Overall much better, cleaner, easier to read. I used some gradient overlays to change the colors, get a darker effect with deeper blues. I like it – simple but nice enough to catch attention, let the reader know a little bit of what to expect. I like the contrast between the happy scene, but the dark and vivid colors…. 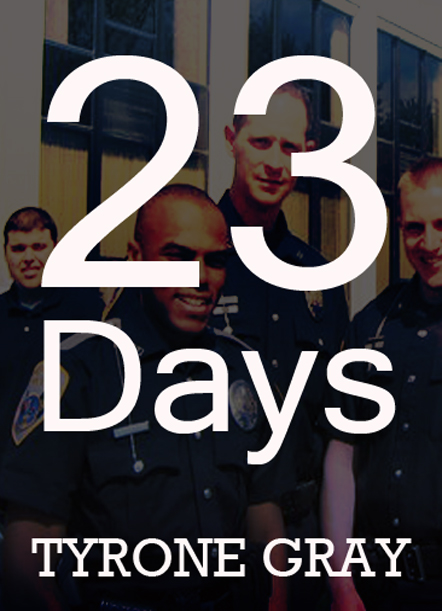 What size should my ebook cover be? Best ebook cover size for kindle, amazon, barnes and noble, etc.