I’ve been working on Brian Smith’s thriller “Purified” for a couple of months. Like most challenging projects, we reached a few dead-ends before pushing through and finding something that really works.

There’s a sci-fi element – a new being of humans is being created, and they have wings and four arms and legs (kind of). I thought I could pull it off, but these are two literal and the author didn’t like them. 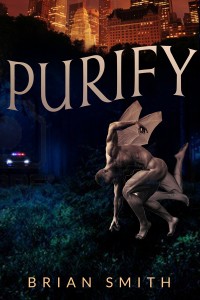 So we focused more on the subtitle (and changed the title name to fit)… “Imagine waking up Purified.”

We focused on a top secret bloody hospital bed…. 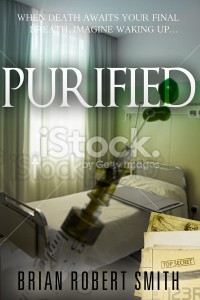 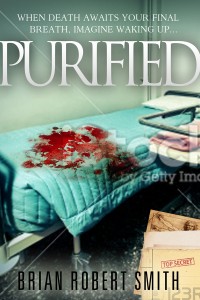 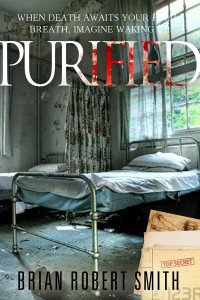 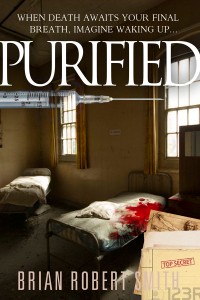 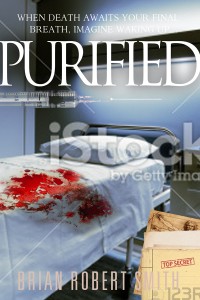 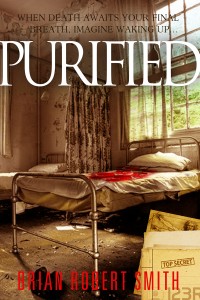 Brian wanted to mix a couple covers and add this guy: 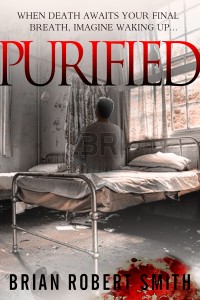 For awhile it was our final choice, but I thought it lacked action (he’s just sitting there) and was a little boring.

I tried a few more and really like the strong contrast in the first one below. 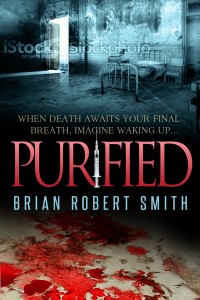 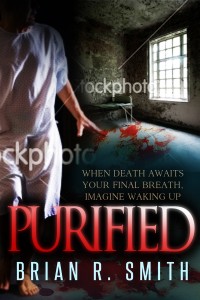 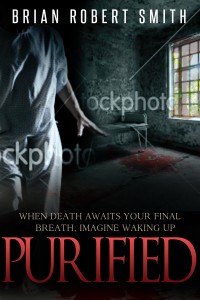 I told him if he wasn’t going to use it, I would – because I’m confident it would outsell the others. I probably still like my version, with the lighter text (stands out more) and the syringe replacing the “I”, but with compromise we ended with this – a little darker, a little more subtle: 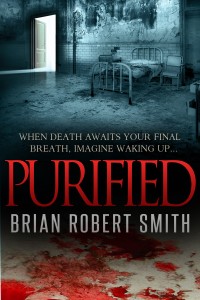 More about the book:

I would call Purify a thriller.  There’s some sci-fi, crime, fantasy, love; but above all of that, it’s a thriller.  As far as target audience goes, it’s adult fiction, but I think it would mostly appeal to non-skilled, non-professional earners who aspire for something better.  Mason was a factory worker who only wants his old life back, but he arches into someone who is ready to deal with being better physically than anyone else.

Purify is the name of the drug–the protocol that is being developed in an unauthorized, underground experiment.  It takes a living body into a sub-coma state, then repairs it, totally purifying the immune system to create a body that will never become infected with any disease again.  That’s the theory behind the drug, but the story is really about a man’s struggle to deal with the effects of the drug after being forced into the program when he thought he died.  Purify also relates to the theme which is “forget the past; live for the future.”  All Mason really wants from being alive again is to get his old life back, but Purify is not about that.  It’s about a new start with a new, purified body that will change mankind. 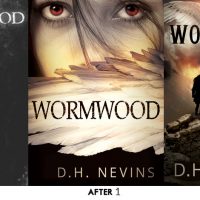